1) How long have you been writing?

2) What or who was your inspiration to write?

When I was 14, I was obsessed with John Grisham and John Hodge’s screenplay for Trainspotting (which was adapted from Irvine Welsh’s novel). Grisham’s passion for his characters and Hodge’s stark grittiness really got the wheels turning in my head. But, it wasn’t until seeing Bryan Singer’s The Usual Suspects that made me realize what I wanted to do with my life. I remember thinking to myself after seeing the film the second time: “I want to make people feel this way”. It was truly what garnered my interest in film and writing.

As I’m sure is the case with most writers, I don’t have only one genre I enjoy reading. However, I tend to have a taste for dark humor – whether it be a genre piece like Warm Bodies, twisted romance like Silver Linings Playbook, or anything by Neil Gaiman. However, I often have a soft spot for the writings of Alan Moore, such as Watchmen and his take on Batman in The Killing Joke, as well as Bill Willingham’s Fables series.

4) Do you write this genre or others?
Why?

When I was writing screenplays, I realized I had a penchant for writing comedy and dialogue. So, it became natural that my humor would skew darker. The Mild Mannered series turned into a strange amalgam of Moore’s Watchmen and Josh Schwartz’s TV show Chuck – two very odd and dark materials about government conspiracy and superheroes. I couldn’t just let it slip out of my hands. While my

other planned novels don’t fall under the same genres, all of them have that dark tone and humor I will soon become known for.

5) Who are your favorite authors?

6) How do you create your characters?

For me, it’s a combination of characters I’ve read in other books or seen in other films, and blend certain traits to create my character. From there, I develop their back story. Occasionally, I’ll use people in my life to form my characters as well, though I’ll never tell who inspired whom.

7) Do you give them names before you develop them?

I actually do. Most of the time before writing a new book, I’ll sit down and come up with the names of the characters first so I don’t have to create them on the fly during a writing session. I find that having the names first will often help create their persona, allowing me to delve deeper into the characters than I would if I didn’t have the names prior to writing.

8) How do you choose your characters names?

Honestly, it’s almost at random. I’ll think about the character, come up with a first name, and either try pairing it with a surname that fits, or I’ll create one. There are the occasions where there are elaborate stories of how I come up with the names, but these instances are quite rare.

9) Do you edit as you write or after you get your manuscript written?

I’ll edit things like grammar, spelling, and punctuation as I write. For all major edits, however, I’ll wait until after it’s written.

10) Do you have an agent, publisher, or self-publish? If you’ve used more than one which was most profitable?

Thus far, I’ve only self-published. It’s a lot of work, but it’s slowly paying off.

11) What advice have you received to help you and what advice would you give a new writer?

The greatest advice I’ve ever received is simple: Allow yourself to suck. When you first start writing, your first couple pieces are going to be often be horrible, but never give up. The more you write, the better you’ll get. And who knows? You may find a use for some of those earlier pieces you wrote – whether it’s a character, theme, or plot device. But the only time you truly fail as a writer is when you give up writing. 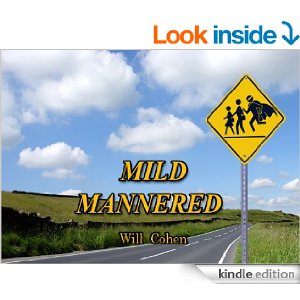 A Game of Thorns, the second book in the series, comes out November 2014