1) How long have you been writing?

I’ve been writing seriously for about four years. In high school I wrote short stories and became editor of our newspaper – The Raider Review – for my junior and senior years (1980-81). I wrote little until 2009 and struggled at first after so much time between schooling. I joined IWW (Internet Writers Workshop), re-learned the craft, and have fashioned some unique and unusual novels.

2) What or who was your inspiration to write?

I became a novelist during a mid-life crisis of sorts. Instead of buying a sports car or marrying a twenty-year-old hottie, I spent my free time writing books. I write in various genres but love dark, twisted tales. Why?? Because I’m dark and twisted. 😛

I love supernatural horror – Stephen King, Dean Koontz, Jack Ketcham – even though I haven’t written anything close to the monster genre. From aliens to vampires, I love reading and watching movies about them. The visceral impact of meeting something we can’t explain, and falling to it or besting it, hearkens back to our childhood fears of the creepy crawlie under the bed or the boogeyman in the closet.

4) Do you write this genre or others? Why?

I’ve written four psychological thrillers – Divisive/The Fifth Game/Splits in the Skin, and the soon-to-be-published The Wisdom of Lunatics. I’ve penned a series of Supernatural/Mythological hybrid romances called Bemused and Bedeviled – Terpsichore in Love, The Mark of Cain, and The Seventh Seal. I’ve also dabbled in contemporary romance – Romancing the Fox / Erotica – Twelve Doors to Ecstasy / and have a YA Mystery titled The Little Girl You Kiss Goodnight. I’m a dedicated Gemini and I hate writing the same theme over and over. I like variety, spice, and shun normalcy.

5) Who are your favorite authors?

Stephen King is my fave. Dean Koontz and John Jakes are my runners-up. Among Indie authors, I like John Reinard Dizon, Liliana Anderson, and Carmilla Voiez. Oh, and Viv Drewa too. 🙂

6) How do you create your characters?

7) Do you give them names before you develop them?

I do but I’m also changing them as the novel progresses. In Divisive, my villain was Dennis Rask. He started out as Dennis Russ but I decided in the middle of the book that Rask had a more serpentine, evil sound to it – like a Hiss. Steph Linder in The Little Girl You Kiss Goodnight started out as Molly Douglasson. I changed it because Steph has a girl-next-door quality to the name, which I wanted. Molly sounds more like a goody-goody princess. My apologies to any Molly’s reading this. 🙂

8)How do you choose your characters names?

This is one of the harder things for me. At times I’ll use the names from people I get spam from on my e-mail account. Sometimes I’ll just look around and use a name from TV or books I’ve read recently. I use those for secondary characters. The main ones are given names that connote a particular vibe I get from them. I get a sense of royalty from the name Elizabeth Connors in The Fifth Game. A glimpse of naughtiness from Tristina (Tryst) Sanyon in Twelve Doors to Ecstasy. A feeling of dogged determination from Frank Bostick in Divisive.

9)Do you edit as you write or after you get your manuscript written?

They say to write first, then edit. I usually write a chapter and, while I’m outlining the next chapter, will go through and edit the one I’ve just finished. I find it helps me to plot the next chapter for a more seamless rhythm. Other may not. It all depends on our minds and muse. Speaking of, my Bemused and Bedeviled series has a dark, easily irritated Muse named Calliope. If she were to exist, she would resemble my particular Muse.

10)Do you have an agent, publisher, or self-publish? If you’ve used more than one which was most profitable?

I’m close to signing on with Fountain Blue Publishers. I did have a publisher who went through a management struggle before I signed on. They bit off a little more than they could chew, in my opinion, and failed to live up to their end of the bargain. Other than those, I’ve been happily self-publishing for about 3 years. My advice, check them out before you join. Talk to at least ten members of their organization. Watch for them to have many postings for their writers. The usual stuff.

11)What advice have you received to help you and what advice would you give a new writer?

If you’re not an editor, get a good one. If a reader sees typos, misspellings, and clunky sentences in the first paragraph, they’re not sticking around. Make your characters as three-dimensional as you can. Make their dialogue believable, not stilted or robotic – as if they’re a British butler named Stodgemore. If you don’t have a beginning and an ending, don’t start a book – you’ve got to have both. Come up with a believable plot, characters, and events – unless you’re a fantasy/sci-fi writer. Be sure to thank your reviewers/ bloggers/ editors/ readers personally if possible

Some of John’s work 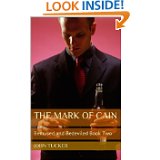 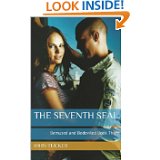