1.  Did you pick your genre or did it pick you?

I would say a bit of both. I always loved romance movies and love stories. I started writing stories when I was a kid. Other than the occasional mystery, I noticed a recurring romance pattern in the stories. I was a voracious reader. But, after I read several Harlequin books and my first Catherine Coulter novel (Regency), I was hooked. So, in a way, it picked me.

2.  Do you write in multiple genres or just one?

I have written and published literary fiction, poetry and mystery/paranormal thrillers in the past. But, I usually stick to romance. There is so much you can do with it now. I have published contemporary romance, paranormal romance, romantic suspense, romantic mystery and historical romance.

3.  How much time do you devote to writing per day?

I guess it depends on what I have to do. I spend a lot of time promoting, especially around a release date for a book. But, if I have some extra time, I can spend a few hours writing. When I am really focused on a project, I can sometimes spend five to eight hours alternating between writing and research. The time kind of flies when you’re having fun. It just depends on what’s going on in my life.

4.  What have you published so far?

I have published 19 books (that counts my upcoming book release on April 21st). A list of my books and pen names are as follows:

Marie Lavender: Upon Your Return; Magick & Moonlight; Upon Your Honor

Erica Sutherhome: Hard to Get; Memories; A Hint of Scandal; Without You; Strange Heat; Terror in the Night; Haunted; Pursuit; Perfect Game; A Touch of Dawn; Ransom; Leather and Lace

5.  Has your method of writing changed over the course of publishing your books?

I would say that I’m a bit more organized now. I plan my books out more whereas I used to write them on the fly. I still get random scenes for unrelated projects that come into my head, but I write and shelve them for the future. Mostly, I take what I have then do a detailed outline for the book. After that, I worked on it exclusively until I’m done with the manuscript. Occasionally, I’ll work on another story in between, but not often.

6.  Where do you see yourself a year from now?

I’d like to see the final book in the Heiresses in Love series (Upon Your Love) published by then. If time doesn’t allow that, it’s fine. But, I assume I’ll be done with the manuscript by then, if not before. I also would like to have a good idea of what series or book I’m working on next. I have some ideas now, but I’m trying to decide between a stand-alone contemporary romance, a stand-alone historical romance or a series about a coven of witches in the time of the Salem Witch Trials. Big decision, right? I’ll figure it out.

7. Did you self-publish, go the traditional way, or do both?

I did both. I have self-published sixteen books, and published three traditionally. The self-publishing started out as something fun to do, and it became more serious as I went along. In the back of my mind, I always planned to save Upon Your Return for traditional publishing before resorting to self-publishing. Fortunately, I didn’t have to self-publish it. After many rejection letter by agents and publishers alike, Solstice Publishing offered a contract for the book. Since then, I’ve had two other contracts with them, one for a paranormal romance, Magick & Moonlight, and one for the sequel to Upon Your Return, Upon Your Honor. It has been a long, but rewarding journey.

8.  Which method did you prefer?
There are advantages and disadvantages to both. With self-publishing, every step is made by you . There are no channels to go through unless you hire a cover artist. Sure, you have to find a printer/distributor and they end up being the middle man in some ways, but mostly everything is on you as the author. In traditional publishing, you go through editors, cover artists, more editors, proofreaders and anyone else involved until it’s published. It’s hard both ways, but I do see a better support system with traditional publishing. My publisher is really good with offering advice on different issues and the other Solstice authors are very supportive. I will still self-publish on the side, but I prefer traditional.

9.  Of the books that you have written, do you have a favorite?  Why?
Upon Your Return will always be special to me not only because it was my first historical romance, but also because I fell in love with the characters. I got to revisit them a little when I wrote Upon Your Honor, and I am bringing them back with the third book. But, I will sincerely mourn them all when the series is over. I’m sure I’ll find new characters to love. That is the path of a writer.

I became a writer because I can’t imagine myself doing anything else. I’ve wanted to be a writer ever since I was a kid. Nothing else makes me happier or more centered (with the exception of being with my significant other, of course). But, professionally, this is what I’m meant for. Though I’ve entertained other things in the past (running a small bookstore or starting my own publishing company), nothing feels more natural than when I’m in the zone, when I’m writing a scene. Heck, I even enjoy the research usually. So, this is what I’m supposed to do.

Most romance readers are women, though I know that that trend is changing now. My target audience is broad, from 18 to 75. And even that is pretty limiting. There are no age limits placed on enjoying a good story. Even my 81 year old grandmother reads my books. She is a romance fanatic.

I am taking a brief hiatus from writing Upon Your Love, the final book in the Heiresses in Love series, but I will get back to it soon. A few story ideas have come to me now and then. A couple of weeks ago, I was even working heavily on an erotic romance series. I don’t know if I will end up publishing it, but it was still fun to write. I am also doing a romantic suspense collaboration with another writer. It is titled Certain Death. It is about a highly skilled assassin who starts to fall for his target, but ignores those feelings. When he finds out the reason she is on a hit list, he realizes she needs his protection. By then, all hell breaks loose and he has to use his training to get them out of the situation. But, I’d better not say more because of spoilers. Anyway, that project is going very well and I am hoping we can get the attention of a larger publisher with that book.

13.  What makes you different from other writers in your genre?

I tell the story how it needs to be told. Whatever I write is based on the characters and the plot that plays out. The books are not based on any expectations for the industry. For example, I had one reviewer who was incensed with the lovemaking in Upon Your Return because it was not “historically accurate”. I will admit that Victorians were prudish, but I’m sure people couldn’t control their hormones then either. If there’s a moment alone between two available people who are highly attracted to each other, they will use it. It’s common sense. I have also written about sensitive topics in other books and if I offended anyone, I never meant to, but I won’t apologize for it either. That’s just what the characters experienced and there was no delicate way of explaining it. Life isn’t always full of rainbows. There are harsh and dark sides to it. And if necessary, I go into it. So, I guess that’s one difference in my writing compared to some other romances out there.

Upon Your Honor (Heiresses in Love Series, #2) 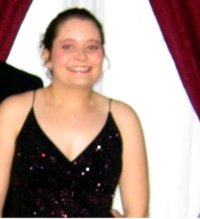 Deception is a dangerous path…

New York City, August, 1891 – Orphaned after the death of her father, Chloe Waverly stows away on La Voyageur to escape the clutches of her cruel fiancé, Lamonte Beckett. Gabriel Hill, a strange and compelling gentleman, comes upon Chloe and promises to protect her without knowing the true circumstances of why she is running away. During their journey, Gabriel doesn’t bargain on being distracted by her fair beauty or succumbing to her many charms. As their attraction to each other grows, so does the danger and Gabriel suspects things are not as they should be.

Both are determined to get to New Orleans, where she can start a new life. But, once they reach their destination, events spin out of their control and Chloe is captured by the fiancé she escaped. Gabriel is left wondering if he can overlook her betrayal. Soon he finds himself in a race against time, to reach her before Beckett can exact revenge

To read more about this author please visit her sites below:

My interviews with many authors

It'll have you in stitches!